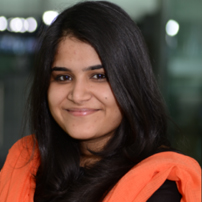 Zoya Brar founded CORE Diagnostics, a high-end clinical laboratory, focused on bringing innovation to the diagnostic industry, in 2012 when she was 23 years old.
Having been brought up in Chandigarh, Ludhiana and Delhi in her early years and her teens by a single mother, herself a successful healthcare executive, Zoya, in her own words “…. learned about leadership through osmosis,” and honed her leadership skills in various roles while writing for the Youth Parliament, organizing street plays, working for Parivartan – an NGO aimed at helping people with disabilities, working directly for the Chairman at the WLC group, as well at the Debating Society and several such initiatives while in school.

Zoya got a bachelor’s degree in Sociology at Lady Sriram College. She then worked at Google for 2 years before succumbing to the entrepreneur-ship bug. She founded CORE, raised INR 25 Crore in initial funding from the Silicon Valley based Artiman Ventures, and in a little over 3 years, has established CORE to be synonymous with innovation in Clinical Diagnostics. Meanwhile, the business has grown nearly 10% every month and has attracted an additional INR 25 Crore in funding. Zoya is an avid reader – or prose and poetry. She writes an occasional blog, and is writing her first book – a work of fiction.
Zoya has spoken at a number of prestigious events including the Medtech Women conference in California, FICC Heal at Delhi, VCCircle at Bangalore. She has also been featured on a number of television shows including Awaaz Enterpreuneur on CNBC and The Big Idea on Zee News.