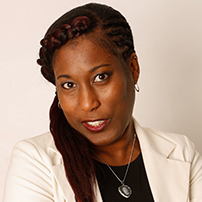 Zoe Bennett’s core topic is “Through Adversity Breeds Success” Her speciality looks into when you think life overwhelms you and you cannot see a way of succeeding how you can find the inner motivation, strategy and drive to ensure you are successful.

She covers providing the audience with a background of her not succeeding in school and turning it around to obtain a Masters in Tourism management. Then she uses her background of a tragic event to encourage people that no matter how hard it gets, you have control of your destiny whether in your personal life or business life. She explains why it is important to set (realistic) goals and have a clear defined life strategy. The ultimate message is never give up!!!

Zoe Bennett MA has a Masters in Tourism Management and has previously worked within the tourism Industry for 16 years, with a vast amount of knowledge. Zoe then went on to work for the government of Jamaica promoting Jamaica to the UK market within the UK. In her first few months in this post she was nominated for the TTG Supplier Sales Agent of the Year award 2005.

Zoe went on to be at the centre of a Facebook media scandal. The day she found out her father had been brutally murdered she decided to let her worldwide family members know in one hit that her “father had been murdered in Jamaica that morning”. As she used the word “Jamaica” in the sentence the Jamaica Tourist Board suspended her for bringing “disrepute” to Jamaica when she returned to England heavily pregnant with her father’s body and declined her to have any time off to grieve. After a two year relentless battle Zoe won her case on all counts against the Jamaica Tourist Board.

Zoe also took on the Jamaican authorities for a second time after her father’s trial was postponed 7 times by marching outside the FCO and starting an online petition amongst other taxing tasks. Her determination and never give up attitude paid off when the murderer was convicted to 40 years to life without parole. As per statistics published by LEP 20 March 2014 “the conviction rate for murder in Jamaica is 5%”.

Zoe owns her own corporate training company specialising in customer service training, focusing on “being fun, interactive, engaging and being nice to one another and exceeding the customer expectation”. Zoe provides confidence building workshops to women who have been sex trafficked, victim of DV and honour based abuse.
She has a truly inspirational story which follows the heartaches, trauma, death threats and adversity in overcoming government obstacles from two countries, and how she eventually won justice in both courts. Through her story you will learn strategies and insights on how you and your company can breed success through adversity.

* Award winner from Acquisition International – The Most Influential Business Woman 2016 – West Midlands
* Awarded Human Excellency Award from United Nations of International Relations
* Zoe is a regular motivational speaker
* Zoe provides motivational talks to under privileged young adults and twins it with goal setting
* Co-auctioneer with John Barnes at the Jamaica basic School foundation Charity Ball, Nov 07
* Worked with Usain Bolt at the Great Northern Run after party May 2009
* Zoe has and continues to host and guest speak at many events
* Founder and organiser of the Midlands Business and Community Charity Awards www.midlandsbccawards.co.uk