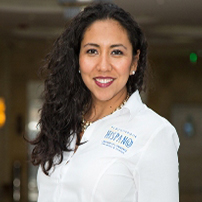 Yuriria (Yuri) Morales is the International Management Representative for the Albuquerque Hispano Chamber of Commerce’s Convention and Tourism Department. In that capacity Yuri represents the chamber in all activities associated with delegations from foreign countries, in promoting Albuquerque as a destination for conventions and tourism internationally, especially with the Mexican and Latin American markets. Yuri has a Bachelor’s Degree from the Universidad Internacional (UNINTER) in Cuernavaca, Morelos, Mexico in International Affairs and a Master’s Degree in Public Administration from the University of New Mexico. Yuri was born and raised in Cuernavaca, Mexico and has lived Albuquerque since 2006. Yuri has also worked for an art dealership on different cruise lines that traveled to Europe and the Caribbean Islands and has also organized trade missions to Brazil and Argentina, among other nations.