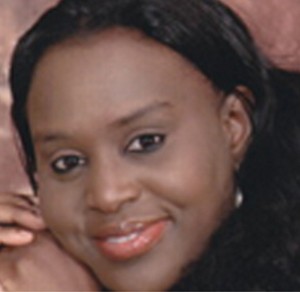 An Expert in Conflict Transformation, Woré Ndiaye was born in Brazzaville, Congo and raised in Senegal. She is the executive Director of Sunu Capital Humain (SunucapH), a company that specializes in the design of various programmes related to Peace and Security , environment sustainability and Corporate as well as government Social Responsibility.
After obtaining her High School diploma in Economics at the Cours Sainte Marie de Hann in Dakar, she spent a year devoted to Community service in Senegal’s rural areas before traveling to the United States where she continued her studies in Liberal Arts, International Studies and business at the Borough Manhattan Community College (BMCC) and then at City College (CCNY). At the university in the United States, she held the position of President of the Senegalese students of BMCC. She was one of the leaders of the first delegation from City College to have taken first place in the Model United Nations. This success earned her a position at UNA-USA, the United Nations Association of the United States where she worked in the Global Classrooms program, coordinating 20 schools in collaboration with the Board of Education of the State of New York and taught the Model UN at the national level. She was also part of a core group of researchers at the City College for the study on the representativity of a woman at the head of the United States of America for Dr.Eileen Mac Donagh’s book “The Motherless State” and the initiative “The Whitehouse Project “..
Woré holds a Master’s degree in Conflict Transformation and Development from the Centre for Justice and Peacebuilding (CJP) of Eastern Mennonite University in Harrisonburg, Virginia. She also holds a certificate in Gender Responsive Governance from GenderHub as well as the Civilo-Military coordination (CIMIC) from Alioune Blondin bèye’s peacekeeping school in Bamako. She is currently a Ph.D. student in Diplomacy and International Relations at the Centre for Diplomatic and Strategic Studies in Dakar, where she is taking part in the First English Ph.D. offered in the field in West Africa and is conducting research on counter-terrorism. .
She worked in the fashion industry where she has done some advocacy for fair trade products and promoted the sales of safely panned diamonds as well as environmental sustainability and has extensive experience in management and organizational leadership. .
She has been the Programmes Coordinator at the continental level for the International NGO Femmes Africa Solidarité (FAS) based in Geneva. .
She is currently a consultant on Peace and Security in Africa, Expert on issues of Gender and Peacebuilding in the Sahel and in the Great Lakes Region. She works on thematics such as Human Rights and Fundamental Freedoms, Governance, the democratization process, electoral violence, conflict prevention mechanisms, women’s capacity building in agriculture as well as youth and citizenship engagement for the fight against climate change. .
During her free time, Woré is an avid researcher. She is a writer and has published several articles and a book published in April 2011 by Phoenix Press Publishing Editions in the United States titled “We Are Guilty,” on the role of African women in the rise of the continent.