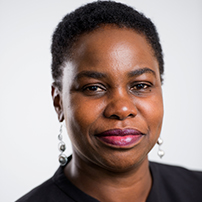 Co-Founder of African Women in Europe (AWE) and event Director

My name is Wambui Njau. I am currently working full time with a Swedish company (Skanska Construction) as a Lead IT Project Manager. Prior to that, I worked as an IT engineer with Barclays Bank in their main headquarters in Lombard Street London at the time for 7 years. I am a mother of three.
Co-founder of African Women in Europe (AWE) started 8 years ago. Bringing African Women together and encouraging a positive image for Africa and it’s people has been my passion and very encouraging for me to see many responding and taking part, inspiring other African Women in the Diaspora. Over the years AWE has grown to a membership of over 1000+ African Women and a global reach. The women support, encourage and inspire each other while investing both in Europe and in Africa in support of African economic development. We have also had support from mainstream organizations and key individuals from across the spectrum who believe in the importance of African women’s engagement with African economic development and who are excited that we are doing it for ourselves.
We organise ourselves virtually throughout the year so that this amazing group of women have a forum through which to network, organize and share experiences. Our main event of which we are extremely proud is the annual meeting, held in the main European cities such as the events that have taken place in Rome, Madrid, Paris, Berlin, London, Geneva and in 2016 the event was held in Dusseldorf Germany attracting over 370+ guests with the theme- Leadership and honouring Womens Rights” guests arrive on Friday to Sunday followed by a tour of the city.
These meetings have now grown and culminate in our flagship event, the high-profile African Women in Europe Awards, which recognises excellence, now in it’s fourth year, and for which we have overwhelming support. The event has been growing from strength to strength.