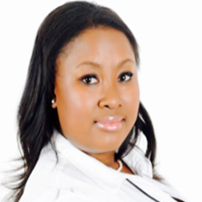 Vumile Msweli completed her High School with an A-Average at St. Mary’s DSG. She has previously worked for reputable multi-national institutions such as Barclays, Investec, Nedbank, First National Bank and Vodafone. Vumile is an Operations; Finance and Strategy executive in both the telecommunications and finance sectors. She has successfully lead global teams in Africa(Nigeria; Kenya; Democratic Republic of Congo; Zambia; Lesotho; Ghana; Tanzania; Mozambique and South Africa); and Europe (Scotland; Isle of Man and England). These teams held various specialties such as Operations; Client Services; Strategy; Business Development and Risk Management. Vumile was most recently the Client Services Partner for Africa and the Middle East at Vodafone where she oversaw Service Strategy and Operations for Corporate Clients globally. She is currently the Chief Executive officer for Hesed Consulting and which a consulting firm specializing in the African market. She currently serves as a non-executive director at the South African Association for Youth Clubs (SAAYC); Diabetes South Africa and is the Chairperson of the Hesed Africa Foundation. Vumile was most recently selected and sponsored by the African Union to be a delegate at the inaugural Africa Talks Jobs Summit in Ethiopia.
Vumile is an avid coach speaker having spoken in conferences; expos; workshops around the globe on topics such as leadership; women empowerment; finance matters and conducting business in Africa. She is an entrepreneur who commenced her first venture at 22 years old. Her business interests currently span property; retail; logistics and consulting sectors. Vumile has been featured in publications such as True Love Magazine (2012); Destiny Magazine (2011; 2016 and 2017);Bona Magazine (2015); Essays of Africa Magazine (2016) as well as The Thinker magazine (2015). She has been featured on Ghana’s ETV, is regular contributor on SAFM (radio station) on business and women’s issues as well as the business anchor for Voice of Wits (radio station). She’s a guest writer on business; finance issues and women empowerment for Essays of Africa and Destiny Connect.