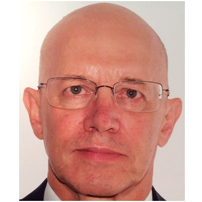 Vítor Bento, 63 years old, is graduated in Economics by ISEG-Lisbon School of Economics and Management and has a Masters degree in Philosophy from Portuguese Catholic University.
He is Chairman (and former CEO) of SIBS (Payments Processor and Payments Networks Management), Chairman of ECPA (European Card Payments Association) and Adviser of Semapa (Pulp, Paper and Cements). He is also a renowned economist and local opinion maker. Previously he was a director at the Portuguese central bank, Director-General of the Treasury, CEO of the Portuguese Debt Management Office, CEO of SIBS, Unicre, and BES/Novo Banco, and NED at Galp Energia, PT Prime and Visa Euope. Taught Economics and Finance in several Portuguese Universities; was a member of the Council of State by appointment of the former President of the Republic; and published several books on the Portuguese economy.