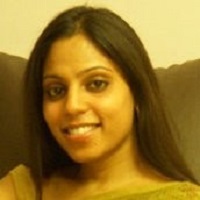 Vithika Yadav is an anti slavery, sexual rights and gender rights activist; and a social entrepreneur with over 18 years of experience. In 2016 she received the honor of being one of the Top 120 under 40 New Generation of Family Planning leaders in the world by Bill & Melinda Gates Institute for Population and Reproductive Health. In 2007 she was awarded the Atlas Corps Fellowship and in 2012 she was awarded as one of the Top 99 under 33 young foreign policy leaders in the world by Diplomatic Courier and Young Professionals in Foreign Policy in the USA. Over the years, she has worked for premier organizations such as UN Office on Drugs and Crime, BBC World Service Trust, Free the Slaves and MTV EXIT.
Vithika is the Co-founder of Love Matters India, which is the first ever website in India to give complete, honest and unbiased information on Sexual and Reproductive Health and Rights in India in both Hindi and English language. She currently also serves as the Chair of the Global Advisory Board on Sexual Health and Well-being.
In 2013, Love Matters won the Award for Excellence & Innovation in Sexuality Education from the World Association for Sexual Health (WAS).
In 2016, Love Matters was honored as the Top 5 Digital Activism projects under Freedom of Expression Awards.
She is also the Founder of TeenBook – India’s first comprehensive life skills resource hub for adolescents, teenagers, parents and educators.
Her work on TV series ‘TRAFFIC’, which was broadcast on MTV India won the Best Public Service Program Award under Indian Television Academy Awards in 2014.
In 2012 her work ‘Standard Operating Procedures for rehabilitation work with victims of human trafficking, sexual violence and abuse’ was selected as a best practice model. Both nationally and internationally, Vithika is seen as an expert on survivor care and protection services and in this context she is focused on advising organisations on creating rights based programs of recovery through which women and girls can emerge from being victims to being human rights advocates in their own right.
Vithika is an Alumni of Lady Shri Ram College for Women and THNK – Amsterdam School of Creative Leadership.