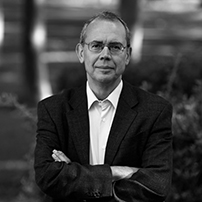 Viriato Soromenho-Marques Teaches Political Philosophy, Philosophy of Nature, and European Ideas and Policies in the Departments of Philosophy and European Studies of the University of Lisbon. He is correspondent member of the Lisbon Academy of Sciences and from the Portuguese Marine Academy. Since 1978 he has been engaged in the civic environmental movement in Portugal and Europe. He was Vice-Chair of the European Environmental and Sustainable Development Advisory Councils network (2001-2006). He was member of the EC High Level Group on Energy and Climate Change (2007-2010). He was the scientific coordinator of the Gulbenkian Environment Program (2007-2011). Currently he is Special Adviser of the Board of the Blue Ocean Foundation (Fundação Oceano Azul). He is a regular contributor to some Portuguese mass media, and a prolific writer and speaker on Philosophy, Environment, Federalism and European Union matters.