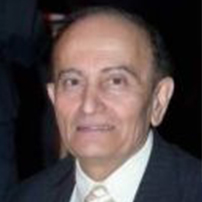 Chair at Uniting for Peace

Vijay Mehta is an author and peace activist. He is Chair of Uniting for Peace and founding Trustee of Fortune Forum Charity. His books include United Nations and its Future in the 21st Century (2005), Arms No More (2005), The Fortune Forum Code: For a Sustainable Future (2006), “The Economics of Killing” (2012) and “Peace Beyond Borders” (2016).

The Sunday Times described him as a “longstanding activist for peace, development, human rights and the environment, who along with his daughter Renu Mehta has set a precedent for striving to change the world” (The Sunday Times, February 01, 2009).

In 2014, Vijay Mehta’s bio “The Audacity of Dreams” appeared in the book form “Karma Kurry” published by Jaico Publishing House, India with a foreword to the book by Nelson Mandela.

“Thank you for all you do Vijay – both the organisation Uniting for Peace and yourself are inspiration and give us all hope that both yourself and the organisation can bring a world without a war. Indeed it is possible, even in our own time.” – Mairead Corrigan Maguire, Nobel Peace Laureate 1976

“This book, Peace Beyond Borders by Vijay Mehta, an astute non-European observer, uses this unprecedented, extraordinary experience as the centrepiece of a carefully crafted theory on the construction and maintenance of peace and prosperity on a global scale. It is my hope that many non-Europeans will use it as a source of inspiration as they attempt to carve out long-lasting peace in other parts of the world.“
– Jose Ramos-Horta, Nobel Peace Laureate 1996 and Former President of Timor-Liste