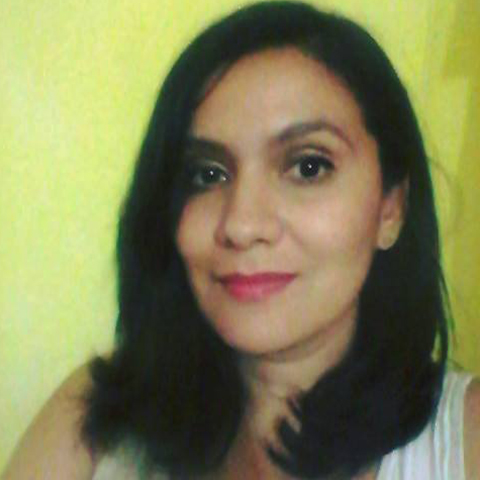 Education
• Bachelor Degree in Economics. Instituto Tecnológico Autónomo de México (ITAM). Mexico City 2007.
• Bachelor Degree in Political Science. Instituto Tecnológico Autónomo de México (ITAM).Mexico City 2007.
Distinctions
2019. Fellow at Asian Forum on Global Governance. A forum organized in New Delhi, India by the Observer Research Foundation in partnership with the congress of India to discuss issues related to geopolitics, Asian international relations and democratic governance.
2018. Global Peoples Fellow. An initiative of the United Nations Office on Partnerships to promote the Sustainable Development Goals and bring voice to citizens in the United Nations General Assembly.
2018. Speaker and panelist on corruption and its impact of gender equality in the G20 summit in Argentina. The impact of the workshop was to get a joint statement of the G20 engagement groups to address the linkages and the inclusion in the G20 comuniqué of the G20 working plans.
2018. Delegate and speaker in the Young Americas Forum in the Summit the Organization of American States on anticorruption and democratic governance in Lima, Peru. Impact:Release of the declaratoria that influence 36 countries and took the opinions of 4000 young people.
2017. Young Leaders of the Americas Initiative of the Americas (YLAI) fellow. An initiative launched by Barack Obama and managed by the US Department of State to enhance leadership and entrepreneurship in Latinamerica and the Caribbean.The main goal was to develop a scale impact plan for my venture(Paideia Civica) for the following years.
2016. United Nations Global Champion for Women Empowerment.A fellowship where I developed the Women against Corruption Project, second project of my nonprofit.
2015. Grant winner of the Social Entrepreneurship Initiative of Transparency. International and International AntiCorruption Conference with the project “Participa en Tu Comunidad Escolar”. Impact: Training to parents on transparency on education. Reach 600 parents, release of a handbook with a methodology with 100 downloads and release of an app to denounce corruption that covers 28000 public schools.
Courses
2014. Social entrepreneurship in Oxford University School of Continuing Studies.
2014. Transparency International School on Integrity in Vilnius,Lithuania. An intensive training in transparency and anti-corruption policies. Selected by Transparency International Chapter Lithuania.
2012. Public policy and economics of care with a gender vision. United Nations Economic Commission for Latin America.
Job experience
January 2015-current. CEO and Founder Paideia Civica. A nonprofit dedicated to create capacities in civil society to tackle corruption through innovative programs
that can bring engagement and changes in policy. It relies on citizen diplomacy, storytelling and advocacy.
Currently, it has two programs:1) Participa en Tu Comunidad Escolar(transparency in education) and 2) The Women Against Corruption Project(to create awareness of how corruption affects the empowerment of girls and women). Impact:Reach 1000 people in total. Release of a methodology and a handbook with 1000 downloads. Release of app to denounce corruption that covers 28,000 public schools. Advocacy in the G20 and OAS summit. Impact on 36 countries of the continent and in the working plans of G20.
Award:Fellow of the Young Leader of the Americas Initiative launched by Barack Obama to award the most promising 250 entrepreneurs of Latin-American and the Caribbean to receive training to scale impact of their ventures. November 2013-October 2014. Real estate and mortgage economist at Mortgage Banking Association of
Mexico. Research on housing, urbanism and mortgage policies. Main achievement: Lobby to stop increase in taxes of the mortgages. April 2011-June 2013. Analysis and Operation of the territorial strategies Estrategia 100×100 and Zonas de Atención Prioritaria (ZAP) to fight poverty in the Secretariat of Social Development of Mexico.
Estrategia 100×100 is the territorial strategy of the social policy of the government of Mexico to fight poverty in the 125 municipalities with the lowest levels of human development. These municipalities are located in remote places of Mexico, faraway from basic services, and for this reasons cannot participate in the economy. The municipalities are inhabited by indigenous people. The strategy fights poverty in seven aspects: education, health, income, and basic infrastructure, protection of natural resources, housing and food security.
Zonas de Atención Prioritaria is the strategy to improve the conditions of housing and basic infrastructure in the high marginalized 849 municipalities of the country. In this strategy specifically, I was responsible for the operation of a program called Centros Digitales de Aprendizaje (telecentres). The program has the objective to reduce the digital gap of these regions and build social capital through the new technologies.
http://www.microrregiones.gob.mx/cca.php.
Main achievements:
 Collaboration in the mission to reach more than 2 millions of firm floors built in rural houses, that with the
purpose to decrease diseases rate.
 Collaboration to reach 6.5 millions of families beneficiaries of food aid program.
 Collaboration to monitoring of 2,500 telecentres around the country with an academic offer of 100 online
courses including bachelor’s degrees, high school programs and English. 2009 Mexican Social Security Institute. Head of the department of special projects. Preparations of speeches for the chief of unit and the general manager. Preparation of data and presentations to make policy decisions. Main achievement: collaboration in the decrease of maternal death rate in rural areas, collaboration during the A1H1 human influenza crisis that hit Mexico in 2009.