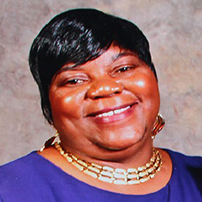 Veronica Gwatiringa is the Managing Director of Zimbabwe Garden Seeds (ZGS), a leading distributor of vegetable seeds, flowers, herbs as well as agro and veterinary chemicals. ZGS was awarded the best Agricultural Company by the Zimbabwe National Chamber of Commerce’s Women in Enterprise & Conferences in September 2017.
ZGS was also awarded the Agricultural Company of the Year by World Heritage Society in Zimbabwe in December 2017. Veronica also won the World Heritage Society’s Businesswoman of the Year (Agricultural Sector) in December 2017.
Veronica was also part of a Zimbabwe Government delegation which attended and participated at the I-Afrik Conference in India in November 2017. Furthermore she was also part of a Delegation of 25 investors who visited Kigali, Rwanda in January 2018, with the objective of strengthening bilateral relations between the two countries.