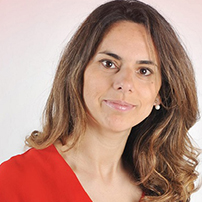 Vera Cristina Ribeiro – Journalist, Producer and Trainer She began her professional career as a journalist in regional newspapers while still attending the Licienciatura em Comunicação Social. At the end of the course, he worked in an important regional television in Spain, where he was Journalist and Producer. During his stay abroad, he studied a Master in Audiovisual Production and a PhD in Communication. Some later and back to Portugal, she worked as a teacher and Community Meneger in several international projects, such as Amazon, Barclays or English First. Currently, she is Coordinator of the channel Mindalia Television, where she works as Manager, Journalist, Producer and Trainer.