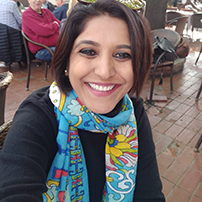 Vanitha Choudhari one of the first Genoscertified Emotional Intelligence Practitioners in India. She comes with over two and half decades of transforming individuals and organization through her impactful learning intervention, coaching and mentoring. At the peak of her corporate career, Vanitha was VP and Regional Head of Learning and Development at HSBC. She
then went on to pursue her entrepreneurial dream with RadicalEdge Learning Consultants — an organization that ignites, coaches, and empowers individuals to become effective leaders who help build a positive, rich, and productive work environment. A believer in the power of mindfulness, Vanitha also coaches women and budding professionals in the subject so they can achieve optimal work-life
balance. She is also a Business Mentor at Cherie Blair Foundation for Women (UK) and holds a certification in Women Entrepreneurship from NSRCEL, Goldman Sachs & IIM, Bangalore.