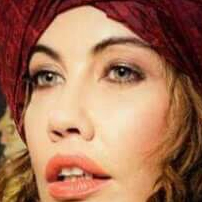 “I am a wacko bizarre concoction and melange of music, gift of the gab, art, creativity, fashion, style, elegance, humor, intelligence, knowledge clubbed with impeccable education and family background, besides upbringing which renders me such an inimitable and sporadic species among artist and homo sapiens.” verbalizes Vandana Vadehra with pride.
This multitalented woman is indeed a delicious brew of a Playback Singer, Performer, an award winning MC/Anchor from the journalists association of India, besides being a melodramatic Actress, exemplary Lyricist, a superlative Writer, a proficient Composer of ad film jingles and songs for Bollywood , a Model, a quintessential RJ, and a style diva, so loved by press and media.
Never a prototype always an original, she has set trends, initiated a wave, an insurgence and the crowd simply aped and followed.
Despite being armed with a double degree in BSc Hons. Botany, and Law and a diploma in Fashion Design from NIFT and a certificate course in yoga she chose to have a full-fledged marriage with music and art, as she embraced the realm of entertainers.
Being the granddaughter of Ishwar Das Malhotra, the 1st cousin of Prithvi Raj Kapoor, music art and talent flowed in blood abundantly, and her mother, late Mrs Meera Vadehra, an educationalist and a thespian, encouraged her to hone her dexterities in literature, language, theatre music and drama. While on the other hand, her father an army Colonel, K. L. Vadehra, rendered her etiquettes, and being a Ghazal Aficionado, sharpened her Urdu language speaking skills.
She is the only artist to have shared stage as either an anchor or a singer with international stars like John Travolta, James Bond lead Michelle Yeoh, Jennifer Lopez, Foo Fighters, Smokie, Enrique Iglesias, besides Indian stars like Amitabh Bachchan, Shah Rukh Khan, Amir Khan, Ranveer Singh, Vidya Balan, Subhash Ghai amongst many others.
She slips into the guise of a Hindi language host with equal ease and can hold forth with her clean diction, beautiful aura, and glamorous persona sprinkled with a dash of singing abilities.
She has worked with ace choreographers like Shakir Sheikh, Harmeet Bajaj, Marc Robinson, Achla Sachdev, Dassa, Vinay Gupta, Vijay Roy and many more for star designers like Ritu Beri, JJ Vallaya, Manish Malhotra, Samanth Chauhan, Rohit Bal, Armani, Dolce Gabbana, Calvin Klein.
Film industry shows, movie launches are her forte, BajiRao Mastani launch pan-India, Lagaan, Tamasha, Paa, amongst many others.
She conducted the Goa IFFI 2013 for ten days, with Indian and Hollywood stars.
A wedding function expert mingling singing and interacting with the family makes her a beloved of all.