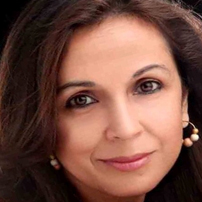 Vandana was born in Africa to a musical family and was taught in the early years by her father who planted the seed of Hindustani classical music. She took a difficult decision to dedicate some of the prime years of her life to nurturing her family, and hence began her professional journey in the Indian music arena at a slightly later stage in life. Through focussed graft, dedication, discipline and determination she now performs at a global level with the legends of the Indian music industry including a recent pan-India tour with Padmashree Anup Jalota ji, and also performs under her own entertainment banner ‘Sangeet Ki Yatra’. In parallel, she continues rigorous and intense classical music training from Shri Suresh Wadkar ji, one of the industry’s leading voice culture specialist and playback singer. Vandana has performed in all continents to capacity audiences, presenting all genres of Indian music.Also have had the privilege
to perform at the NEHRU CENTRE LONDON.