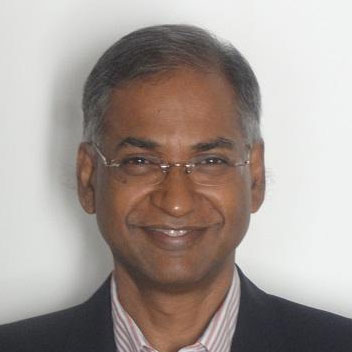 K Vaitheeswaran (Vaithee as he is popularly known in the industry) is a serial entrepreneur and the co-founder of the exciting range of beverages AGAIN Drinks (www.againdrinks.com).

Vaitheeswaran is also the author of the bestselling book “Failing to Succeed – the story of India’s first e-commerce company” (bit.ly/ftsaz) and is widely hailed as the “father of e-commerce in India”

He is an internet industry veteran who pioneered the e-commerce industry in India when he co-founded India’s first pure-play online retail company Fabmart.com (later rebranded Indiaplaza.com) in 1999. He evangelised Indian ecommerce, scaled the operations, built a strong team, raised funding from leading venture capital firms, created a strong digital brand in India from scratch and ran the operations as the CEO of Indiaplaza till 2013. No Indian B2C ecommerce company has survived independently for such a long period so far.

In 2002 he co-founded Fabmall – the world’s first online to offline hyper-local, omni-channel grocery retail company. Fabmall grew to become India’s largest supermarket chain and in 2006 was acquired by the Aditya Birla Group and later re-branded as the More chain of stores. The More chain of supermarkets has been acquired by Amazon in 2018.

K Vaitheeswaran has advised global brands like Deloitte, Diageo and the Tata group in their digital initiatives. He is well known in the Indian startup scene and also advises several technology and consumer ventures. He is also a member of the review committee for the Government of India’s prestigious project GeM (Government eMarketplace).

K Vaitheeswaran is a TEDx speaker and speaks regularly on entrepreneurship, internet, e-commerce and consumer marketing related subjects at various industry forums and leading educational institutes across India including the IITs (Indian Institutes of Technology) and IIMs (Indian Institute of Management). He is a visiting faculty at IIM Bangalore (Corporate Failures) and is also a member of the Industry Advisory Board of the International Institute of Information Technology, Bangalore (IIITB).

K Vaitheeswaran holds an electronics engineering degree from Government College of Engineering, Tirunelveli affiliated to the Anna University. He began his career with Murugappa Electronics (1985-89), part of the Murugappa & Parry Group and then spent a decade in Wipro (1989-99) where he held various positions in sales, marketing and business planning before launching his entrepreneurial journey.

He is a voracious reader, keen sports enthusiast and was a registered umpire with KSCA for a few years. His favourite pastime is to watch Test cricket, listen to Ilayaraaja songs and enjoy Liverpool football matches. He lives in Bangalore with his wife and son and tweets @vaitheek