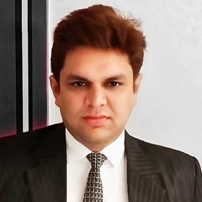 A glorious business legacy. A deep desire to cherish and foster the spirit of that legacy. When the two converge, a successful family business is transformed into a byword for excellence and innovation and forges new frontiers as a pioneer brand in the transport industry.
Uttam Singhal, Managing Director, Transport Wings (Cal) Private Limited,is the scion of a well-known business family in Calcutta.In 1956, just nine years after Independence, his father late Shri Punamchand Singhal had the vision and courage to dream of a network of road transport services linking all major cities in India. However, within five years, his exemplary determination and commitment, led to the fledgling initiative emerge as a pan Indian road transport services provider.
The organization has several laudable firsts to its credit. In the 1971 Indo-Pakistan War, the company delivered military equipment to Indian military outposts under black out conditions imposed by the war. In another first, they transported goods along the 2400 km stretch between Maharashtra and West Bengal in just 36 hours to avert a plant shutdown!
Shri Uttam Singhal took over as Managing Director of the organization in 2004. He was then just 16 years old! It marked yet another milestone in the growth and evolution of this robust and dynamic organization.Since then, he has provided commendable support to his brother Shri Purushottam Singhal in steering organizational growth. It takes two hands to clap… it takes two brothers with a shared vision to create a turning point in the organization, which has registered a steady upward swing since then.
Bright, brilliant and bold, Shri Uttam Singhal has been a class topper since school A graduate in Commerce (Hons), Shri Uttam Singhal also holds a Master’s degree in Management from the IFCAI, Hyderabad. Uttam was Winner of the National Debate Championship at age of 14 years only.
His innovations, lateral thinking and leveraging the power of technology has led to several significant milestones in the growth of the organization. Led by his innovative leadership, the organization evolved from an inland transport company to overseas logistics that also included up-freight forwarding, ocean freight, custom clearance, overseas transportation, air transportation and a variety of other allied services under the banner US Transworld Logistics.
Shri Uttam Singhal’s vision and dynamism won the organization several coveted award and accolades including the Best Logistics Company (2019).
The Singhal family is deeply involved in several philanthropic causes. Shri Uttam Singhal is Co-Founder, RP Foundation, a charitable trust that supports philanthropic initiatives for children and elders.