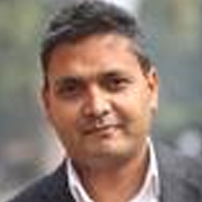 In his career spanning almost 22 years, he have worked for TV news channels and agencies. Umashankar also associated with NDTV since 2003 and his present designation is Foreign Affairs Editor. His nature of job is to report from locations around the world and to analyze it when needed. He also cover Congress Party and Indian parliament when it is in session.

love to work in hostile and challenging situations.

Umashankar visited several countries including US, UK, Afghanistan, Pakistan, China (including Tibet), Maldives, Myanmar, Thailand, Taiwan etc for coverage point of view. He have covered Pakistan during 2007 Emergency, 2008 and 2013 General Elections. He also visited areas like Swat and Bajaur agency.

He got the chance to participate in Edward Murrow Exchange Programme For Journalists organized by US state department which involves travel to various US cities like Washington & New York and meeting their politicians, writers and journalists.

Before joining NDTV, He worked for ANI-Reuters in Jammu & Kashmir for more than two years. During this period,he extensively covered terrorism and counter-terrorism operations from close quarters and also tried to highlight the plight of the common Kashmiri people forced to live in an environment of constant fear and bloodbath.

3. INBA Best Reporter of the Year 2009 for Special Report from Pakistan on ‘Hindu Temples in Pakistan’