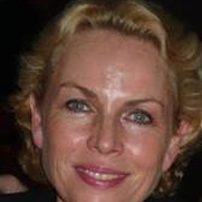 Consul General of, Sweden in Mumbai

Ambassador Ulrika Sundberg is the Consul General of Sweden in Mumbai, India since September 2016. Before taking up this post, she served as Sweden’s Special representative to the French Initiative on the Middle East Peace Process, as Ambassador to Ireland, to Belgium and to Pakistan between 2009- 2016. She was Ambassador and senior political adviser to the Commissioner for Human Rights of the Council of Europe 2008-2009 as well as Head of the Swedish diplomatic mission in Khartoum, Sudan 2006 -2008. Previous postings include Deputy Head of Mission at the Swedish Delegation to the United Nations and International Organizations in Geneva, working with UN-issues and reforms at the Ministry for Foreign Affairs 1996-1999 and at the Permanent Mission to the UN and UNDP in New York 1992-93. She worked as Consul and Legal Advisor at the Swedish Consulate General in New York 1993-1996, and in the Swedish Embassy in Lima/La Paz, Peru/Bolivia 1990-92. She holds a master in law (LL.M) from University of Stockholm. She is specialized in international law, human rights and conflict of laws and is Vice President of the Siracuse Institute for Criminal Justice and Human Rights since 2015.