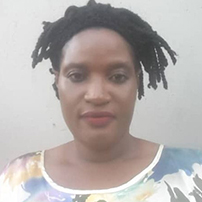 My name is Dr Tusiime Juliet a Ugandan social worker by professional, since I hold a Bachelors Degree in Social Work and Social Administration and master’s degree in development studies which I successfully and satisfactorily acquired from Gulu University and Makerere University in Uganda. I hold a diploma in Gender and Local economic development from Uganda Martyr’s Nkozi University. I also hold a certificate in monitoring and evaluation of projects and programs from Uganda Management Institute. I have a working experience of 20 years in community, social, economic and political development. In 1996, I was fortunate enough that just after the completion of this course, I was officially appointed and recruited in a reputable and outstanding NGO called Giving Children Hope Initiative (GCHI) as a Programmes coordinator, where I practically manipulated my social administrative skills in both management and counseling of the community people most especially women in various health and Reproductive aspects of life. In 1998 to 2001, I worked as a programs director of an organization called Rise Women and Shine Mission Uganda (RWSM). Under Rise Women and Shine Mission we trained women groups in rural and urban communities with entrepreneurialship, Village saving schemes and leadership skill aimed at improving their economic status and reducing poverty among the local women in various communities. In 2002 to 2004, I worked as the director of an organization called Buwate sports Academy (BSA). Under Buwate Sports we trained both young girls and boys in football, netball, volley games and other games as way of lifting their standards of living and also a strategy of empowering of young girls in various communities. In 2005 to 2006, I served as the executive director of Twekembe Development Association. During my term as the executive director we championed the empowerment of people of all categories like marginalized women, elderly, disabled, prisoners, orphans and others in Uganda in different parts.
In 2007 with a team of social workers and philanthropists founded an organization called Action Aid for development and lam the co-founder and executive director of this organization up to now. We are committed to the empowerment of women groups through awareness raising on their rights, roles and responsibilities, to enable them get actively involved in decision making processes for improved livelihoods.