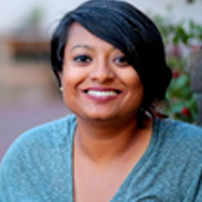 Trina started working in Kalighat, one of Asia’s oldest and largest red light areas, at the age of 18. Her interaction with commercial sex workers spurred her passion to channel an immense strength and potential she saw in these women, towards becoming the best social change leaders of our times. As a result of her experience in Kalighat, she co-founded a non-profit named Kranti at the age of 22, in Mumbai. Kranti identifies the potential in girls who have been trafficked, to become agents of social change. These women have survived the worst social adversities, and have the passion and understanding to solve these social problems. After building Kranti for 3 years, Trina moved to Ashoka,where she was hired as the South Asia Director of Venture and Fellowship, and focused on building a social entrepreneurship ecosystem in India. During her time in Ashoka, Trina continued to work with Kranti from time to time. In 2019, after 6 years away,Trina made the decision to return to Kranti, and is employed full time with the non-profit organization.