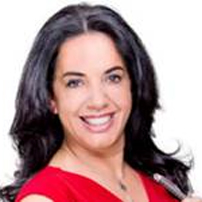 “Ma. Antonieta Torres, better known as” Toni Torres “, is considered one of the most influential women in the media and public relations of the country.
30 years of experience guarantee it; Toni formally began her career in 1986, being the first woman to professionalize public relations in the entertainment industry in Mexico. She has received important awards for his career among which we can mention:
• Distinguished Woman 2012.
• Millennium Woman 2011.
• Featured Woman 2009.