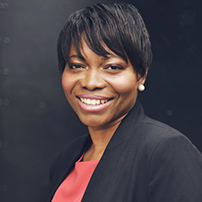 Dr. Tina Allton is a multi award winning Mentor, Serial Entrepreneur, Global Keynote Speaker, and a qualified Educational Psychologist. Coming from a challenging background in Ghana , West Africa, she attributes her success to her Christian faith and to a lady she now realizes was her first and greatest mentor- her grandmother who when Tina was at the age of 8 sowed the seed that she could achieve anything. Even as a young girl she showed an entrepreneurial flair by working in her mother’s shop. Over four decades on she is now a prime example that women can accomplish anything and has now chosen to channel her success into empowering others to do likewise through group and individual mentorship programs.
At the age of 22 having completed her degree as an educational Psychologist, Tina was able to leave Ghana and relocating in London she followed her chosen career as a teacher working her way up to senior management level within the first 3 years. However her entrepreneurial spirit had not left her and after 5 years in 2005 she moved from teaching to work initially alongside her husband managing their Podiatry practice by 2008, through her leadership their business flourished and became the first UK award winning private podiatry brand, winning the best growth business award as well as the 5th best loved business in the borough. Again in 2011 she was brought in to lead a new business acquisition for the practice , Tina negotiated the deal with a zero down payment and within 8 months grew it to a quarter of a million pounds, attaining a 47% growth compared to the previous owners full year.
Shortly after her in 2014, she co-founded the multi award winning Undefeeted.Org a global not for profit organisation focused on preventing lower limb amputations caused by diabetes, something that was inspired by her daughter’s diagnosis of Type one diabetes, she launched in Los Angeles in 2014 and later the UK in 2015. Quickly within 5 months it won the best not for profit organisation of the year and by the end of its first 12 months of its UK launch she achieved an unprecedented global reach of over 6.7 Million through various platforms including both traditional and digital media.
Over the course of 2 decades, she has become a global leader, building multiple award winning businesses, creating successful brands across the globe and co-founding and running international start-ups. At the end of 2015, alongside her husband, she was recognised as a “UK Key person of Influence of the year” by Dent.Global
In 2016, starting out as the London Chapter director for Empowering a billion women by 2020, Tina was headhunted to join the executive leadership team and by summer 2017 became the COO, as someone who truly understands business growth and systems she played a key role in streamlining the company’s systems both front and back end leading another successful launch of the financial software platform Minther.com for EBW before transitioning to her present roles as CFO and head of International expansion.
Tina has mentored many leading CEO’s, and business leaders. At the same time she has never forgotten her roots and continues to empower women across the globe, particularly amongst minorities and underprivileged communities by sharing her own story of hard work leading to success and providing them with much needed educational and medical resources through her substantial network of organizations and individuals.
For the past 16 years, Dr. Allton has co-founded 6 businesses. These businesses include Undefeeted, Usense.co developing digital software and infrastructure on large scale basis, and the Global Humanitarian project, HUM, which is located in India. Through the years , she has been able to help over 35,000 women there. As the Business Manager for Circle Podiatry, Dr. Allton has made the company one of London’s best and most respected podiatry practices.
Currently as an Investor, in one of her biggest roles, she works as the High Commissioner to Ghana for the World Business Angels investment forum (WBAF) an affiliated partner of the G20 global partnership for financial inclusion (GPFI) where her primary focus is to empower the economic development of Ghana by connecting it to world finance and help ease access to funding for Start-ups, SME’s and Scale ups.
Dr. Allton serves as Head of Global Expansion and CFO at Empowering a Billion Women by 2020, which is a global FINTECH company, created for the empowerment of women by helping them to start, grow, scale and be successful in their business.
Her extensive work has earned her many accolades, including being awarded an Honorary Doctorate in Humanities (with specialisation in global leadership). Additionally, Dr. Allton has won more than 15 national and international awards for her businesses, mentoring and training of prospective entrepreneurs. She is currently recognised as one of the best business mentors in the UK. Alongside this achievement, she won the Exceptional Woman/Leader of Excellence Award for 2019 from the Women’s Economic Forum. Along with this, she also co-authored her first #1 Bestselling book, Fit For Purpose Leadership #4.
As an international Keynote Speaker, Dr. Allton has had the pleasure of speaking at various events in 4 continents, 12 countries, and over 21 cities, in the USA, Europe, and beyond. She has shared the stage with the like of Vanilla Ice, Sylvester Stallone, Alpacino, Sharon Lechter, Michelle Mone, Dr Nido Quebein, Randi Zuckerbrg, Jermaine Jackson and many more. Her latest speaking event in November 2018 took place at the University of Cape Coast-Ghana, where she served as a visiting lecturer. Tina’s mantra is “Be resilient and never lose hope.” She is known as woman with distinct intelligence and a big appetite for strategic thinking and planning on a global scale. Outside of everything she does, Dr. Allton is a mum to seven children, is a loving wife, and soon to be grandmother, and enjoys cooking and spending her free time with the family.