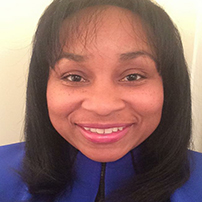 Ms. Theresa Randleman, Founder and CEO of T. ROSE, Inc. The Foundations’ affiliate name: W.I.N.G.S. (Women Inspiring and Nurturing Girls Self-esteem nonprofit). The Entertainment and Foundation was brought together under one umbrella for the Idlewild Music Festival (Festival); 2015 and 2016, which was Produced by Ms. Randleman. The Festivals brought life, entertainment and unity back to a Historic African American Landmark that was losing its historic legacy. The Festivals incorporated empowerment sessions, entertainment and more. Ms. Randleman’s years of experience in producing, programming and marketing played a major role in bringing national attention the Festival. Interviews from ABC Networks were requested and provided; along with media support from the State of Michigan’s Pure Michigan Travel and Tourism Department, major radio broadcast stations and newspapers. Support and sponsorship from Michigan Humanities Council and others also played a major role in the success of the Festivals.
Ms. Randleman’s passion was recognized and awarded in 2016 in two ceremonies; she became the Career Mastered – Leadership in Action award honoree and also recognized as the International Women’s Day award recipient. Both ceremonies were held in Detroit, Michigan via women-owned businesses.