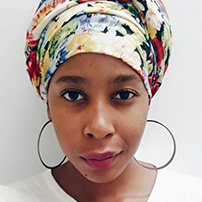 Founder & Director at Re Basadi

Tebatso Molapo is a 20 year old female born and raised in Burgersfort. She is currently studying towards her BA in Film & Television at the Wits University and was previously a Bachelor of Journalism student at Rhodes University in South Africa.
At 19, she founded “Re Basadi” which is a woman empowerment organization which aims to get women involved in business while at the same time ensuring that they give back to the community. She’s been running the organization for over a year and has given over 40 women a platform to showcase their businesses through market days and seminars.
This year, Tebatso has been working hard on her organization and it’s set to launch in 10 cities all over the country and set to launch in other parts of Africa in 2018. She was interviewed and featured by the prestigious SheLeadsAfrica Organization online platform.