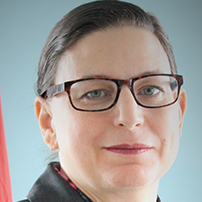 Tara Scheurwater has been the Consul and Senior Trade Commissioner at the Consulate General of Canada since 2016. As a member of Canada’s Foreign Service, Tara has worked in – and with – countries throughout Asia as well as in Canada’s arctic region responsible for the Northwest Territories and Nunavut where she had the unique experience of bringing Inuit products to market from Canada’s northern fly-in communities. In addition to assisting Canadian companies with their international business success, Tara recently took time to remain in Canada for several years and work in the senior administration of a Canadian university, assisting with expansion and growth plans. Tara currently resides in Mumbai with her spouse and four children.