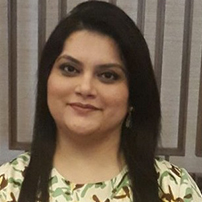 Tanya has been instrumental in brand expansion regionally with two successful spin-offs: Femina Hindi and Femina Tamil. Also the online presence brand Femina has grown with her vision. Under her editorship, Femina expanded its magazine portfolio and successfully launched Femina’s ‘What to Wear’ magazine- India’s only shopping magazine for women. The brand recently launched a special edition called ‘Made by You’, a completely crowd-sourced issue.

An alumnus of IIM, Tanya started her career in year 2000 as a producer of BBC Worldwide Media and soon moved to Bombay Times as Chief Copy Editor in year 2003. After a 3-year stint at Bombay times, she joined India Today Group as the associate editor of Cosmopolitan Magazine in 2006.

Having done her journalism training with BBC, she has a strong news background which helps her add that extra edge even in lifestyle writing. With a passion for writing, this young achiever believes she has miles to go before she can rest.