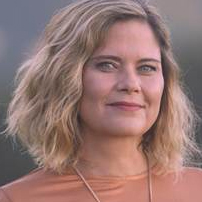 Multi-platform content producer and project manager Tamaris Cañals has assumed many roles in the entertainment business. Her 20-year career as a an actress performing on stages in New York and her native Puerto Rico transitioned to a successful career in Television, Film and multi-media production. As a production manager she facilitates the development of television and film projects in Puerto Rico maximizing the use of a 40% tax incentive (One of the largest tax incentives in the Television and Feature Film Markets). She is actively creating web based content and social media relations for various companies.
Tamaris recently produced the music video “Heaven” for Beyoncé and “You’re Mine” for Mariah Carey both available on Itunes.
Television production credits as include “Inside the Actor’s Studio” (BRAVO), Telenovela-Daytime Series “Al Son del Amor” (WAPA) and the live broadcast Variety Show “En Serio Con Silverio” (PBS). She has also produced multiple theater plays and in 1998 accepted the position of Director of Artistic and Cultural Affairs for community based programs.
Tamaris partnered with David Resnik in 2005 and started LUNATICA PRODUCTIONS. Endeavors include a broadcast design package for HBO Independent Films, music in the Warner Bros film “The Losers”, music supervisor and music production for the LIFETIME movie, “Christmas in Paradise”, and music and video projects for SONY/BMG, UMG, UMG CANADA, The Ant Farm and Howling Entertainment.
She co-founded the PUERTO RICO SYMPHONY ORCHESTRA AND CHOIR with a selection of the finest recording musicians as well as the Alternative/Indie-Rock ORCHESTRA LUNATICA (available on I-Tunes) in Los Angeles. She has also produced music videos for Universal Music, Sony Music and editorial shoots and videos for Austrian Live das Star-Magazin der Kronen Zeitung and The Renaissance Hotels International.
LUNATICA currently have new projects in development for television and film in both Puerto Rico and Los Angeles.