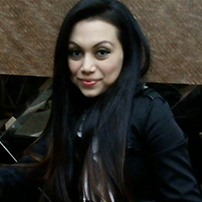 A Prattler and a Xaverian, Tamanya followed up her penchant for English Literature to the land of her favourite Jane Austen. She completed her Masters in English Literature from the University of Sussex in 2011. She lived and worked in the UK for 4 years with her first job in Brighton entailing close interaction with UK majors like Tesco, Carphone Warehouse, Imperial Tobacco. That was followed by a stint in the International Travel Industry. Before co-founding KT Melius she was associated with an Australian organisation where she not only headed the pre-sales team but also mentored them in their interaction with clients across the globe.
In 7 months, her company not only partnered some major BPM tool companies in India, Australia, United Kingdom and Canada, but also became the process mapping partner of the US Consulate. She is one of the youngest entrepreneurs to have set her foot in the BPM Consultancy Industry.