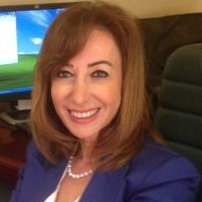 Ms. Taghrid Nafeisi has worked in the field Finance and Investments in several regional and international companies over the last 30 years where most notably she served as the President & C.E.O at Al- Multaqaa Brokerage & Investment Co. She also currently serves as the President of the Jordan Forum for Business and Professional Women where she had a major role in supporting Jordanian business and professional women to succeed in their businesses and careers. Ms. Taghrid Nafeisi is on the board of Financial and Investment Association and a member of the UN Women Social Advisory and Consulting Group. In 2007 she was the first woman in the region to be elected for the board of the Amman Stock exchange. Ms. Taghrid Nafeisi was also nominated by Arab Forbes magazine among the most powerful Arab business women in 2006, 2007 and 2014.