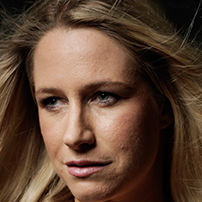 Tabitha Bühne, born in 1982, is a writer and blogger as well as a certified nutrition and fitness coach. She has a graduate diploma in “Media Arts and Production” from the University of Siegen, specialising in screenwriting. While studying she worked for a newspaper, a radiostation and a film production company. She wrote two movies and also worked as an actress and model. After completing her degree she followed her passion for sports. She worked as a store manager for a big running company – and became their first female online running-expert. She hosted events, spoke at conferences, produced instructional films, published a blog and wrote articles for sports magazines. As a runner she finished more than a dozen marathons, as well as two “ultra marathons” (100 k and 174k) and an ironman. She currently lives in Delhi with her husband, who is a German TV correspondent. As a writer she is contributing to various German magazines and is working on a non-fictional book. She is also writing and producing audio plays for children.