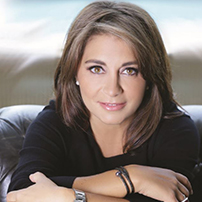 Sylvana Caridi brings twenty years of software engineering experience both in the US and internationally. Her track record of successful strategic initiatives with high-profile organizations includes a full spectrum of services, including solution architecture, software design, program management, and executive advisement. These fortified services offer her clients a partnership renowned for progressive thinking, efficiency and measured success in their industries. The roots of Sylvana’s career began with Rolex Industries and Nestlé in Geneva, Switzerland, both early adopters of SAP technologies. Prior to founding Gravity Pro Consulting, she was Vice President of SAP practice with a large consulting company where she established herself as a trusted partner to other international clients in Australia, New Zealand, Mexico, Europe, Japan, and Canada driving major software and business transformations. Through her leadership, Gravity Pro has achieved status as the only woman-owned small business status in several technologies over the years. Gravity Pro quickly became first a top SAP reseller and since has expanded the portfolio to additional strategic partnerships such as Kinaxis and Microsoft Azure. Gravity Pro’s vision for digitalization creates IT roadmaps to transform organizations The in-depth product knowledge and relationships of the key software partners are instrumental to this process. Sylvana is a graduate of the UCLA Anderson School Management Development for Entrepreneurs program. She holds a Masters in Management Engineering and Business Administration with an undergraduate degree in accounting and audit from France. She is fluent in English, French, and Italian.
Sylvana’s acumen for not only technology but her ability to identify key organizational and operational efficiencies for progressive business strategies has inducted her into the Committee of 200 and led her to become the Lead Women Entrepreneur for STEM (Science, Technology, Engineering and Mathematics) by Million Women Mentors, Washington, DC. Additionally, Sylvana is Co-Chairing the organization to represent the Technology trend and success best practices in US and at an international level. Sylvana was recently nominated for the esteemed Women Economic Forum 2017 award for “Women of the decade in Technology and Leadership”. Furthermore, Sylvana received an award form enterprising women in 2015 as woman of the year and an award from the Mayor of Los Angeles and California Commissioner for the 2015 Wonder Women Tech Innovator Award. Sylvana was recently recognized by Enterprising Women Magazine for the 2015 Enterprising Women of the year Award and a finalist for the 2014 Ernst & Young National Entrepreneurial Winning Women Award. In the Spring of 2017 Sylvana was personally highlighted in Minority Business Entrepreneur Magazine, “Women’s Issue:
Energy, Oil & Gas and S.T.E.A.M, Enterprising Women Magazine – Winter 2017 Issue – Featured on the Cover, Diversity Professional Magazine – Premier Edition 2016 – “We Make Our Own Choices”, Enterprising Women – Fall 2016 Issue – Featured on the Cover, Forbes – June 2016 – “For the Owner of North America’s Largest SAP Reseller, ‘Anything is Possible’, Diversity in Action – Spring 2016 – “Determined to Succeed “, Professional Woman’s Magazine – Fall 2013 Edition – “Never Give Up”, the WBENC President Report Cover Article – May 2013 Edition – “WBE Success Story, Southern
California Edison” and the Minority Business Entrepreneur Magazine Cover Article – May/June 2014 Edition- “Women Who Succeed in Male Dominated Industries.” Gravity Pro has been publicized in the San Diego Gas and Electric 2015 Annual Report and Southern California Gas 2013 Annual and featured in the CNN Business Day Video Segment – February 2012 – “Improving Efficiencies.” Sylvana’s latest project is the creation of her nonprofit, a summit center in the French Alps where world leaders, visionaries, and head of industries can come together to create and manifest their visions for the future. In this new age, the world is ready for a new economic and politic trend to embrace a world without frontiers and respond to a higher consciousness of its people.