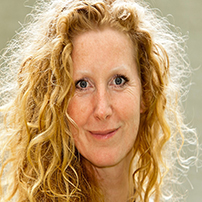 Suzanne Meijroos – Born deaf and HSP (Amsterdam 1967) At the age of 4 the deafness was healed but her development was exceptionally different. Early life was a struggle of being accepted, adapting to what was “normal”. At the age of 7 she stepped on stage for the first time and was directly inspired with performing. School was confusing filled with conflicting messages, physical & mental abuse never finding a way to fit in. By the age of 16, refuge was found in what turned out to be an award winning acting career. At 30 years of age, old trauma’s were brutally touched, resulting in a major burnout. Retreating from the world became a strategy that enabled her to listen to herself in order to heal. This transformation took years and as a consequence the acting career ended. All effort went into an intense time of self study, healing and personal growth. Studying her inner motivations, habits and addictions, finding knowledge through becoming a therapist in alternative medicine, and hypnotherapy. After 5 years of study she embarked a career in personal development, taking the stage again giving workshops and seminars. Using her own experience and stories she allows the audience to get in touch with some very inspirational insights and knowledge. She has been speaking at major conferences, companies
and has reached thousands of people in over a dozen of countries. Sharing, touching hearts, and giving her audience the chance to open up to their own unique opportunities to change, return to inner peace, and enrich their own lives.