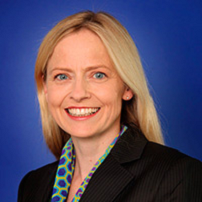 Susan Pointer is a Senior Director at Google and leads the company’s Public Policy & Government Relations for Asia Pacific . In this role, she manages a team of senior public policy professionals, located throughout the region.
Susan has been with Google since 2008 first running public policy across EMEA (based in London) and now for Asia Pacific (based in Hong Kong).
Before Google, Susan spent 6+ years as Head of International Public Policy for global ECommerce company, Amazon.com, based in Brussels and then London (20012008).
Prior to Amazon and Google, Susan established and ran the Confederation of British Industry (CBI)’s European Policy Unit in Brussels (19982001) ; was previously Parliamentary Advisor to a member and Committee Chair of the European Parliament (19941998, Brussels); was a Parliamentary Adviser in the British Parliament (19945), London; and worked as a research editor for an education focused publishing company (19921994, UK).