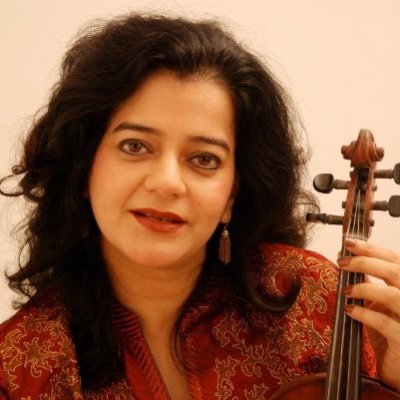 Indo fusion violinist and vocalist Sunita Bhuyan is trained in the Hindustani style from her mother Minoti Khaund and maestro late Pandit V. G. Jog, specialising in Indo jazz fusion and world folk styles . Hers is the first album of folk on the violin” Bihu Strings” in India by Times Music. Her recent projects are Commonwealth culture series UK, With Strings Attached , Edinburgh, Beyond Boundaries London, music for ” Save the Rhino” by Yes Bank and CNBC, and a world music women’s quartet with the Peninsula Studios. She is the recipient of the Priyadarshini Award for excellence, Giants International Award for women, REX Karmaveer global awards, and an award from his Holiness Pope Francis at the Vatican for her work on music therapy with underprivileged children, cancer patients and people with disability. Sunita is the ambassador for the South Asian Women’s fund in Sri Lanka. Some of her popular programs are Sahakriya, The Music Clinique, With Strings Attached, 3E on women’s empowerment