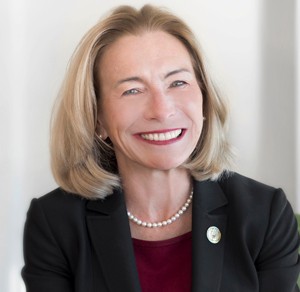 Dr. Henderson began her tenure as president of New Jersey City University (NJCU) in 2012. In just three years, she has made dramatic strides in advancing the mission of the University on behalf of its diverse student population. Dr. Henderson created a robust fundraising program, and increased philanthropic giving significantly. Dr. Henderson spearheaded more than $400 million in construction projects, including a new School of Business facility, science building, new and renovated residence halls, and public-private partnerships to vitalize the community. Under her leadership, Dr. Henderson implemented a new General Education program and a range of student success initiatives. She created zero-based budgeting and integrated planning to ensure efficiency within the context of a rapidly growing city and region. Dr. Henderson is a member of the Board of Directors of the International Commission on Education of the Hispanic Association of Colleges and Universities, Vice Chair of the Society for College and University Planning’s Board of Directors, and Chair of the Committee on International Education of the American Association of State Colleges and Universities. At the state level, she serves on the Task Force on the Alignment of Higher Education Programs and Workforce Development, and co-chairs the Hudson County Alliance for Action and the Hudson County Vicinage Advisory Committee on Minority Concerns. Dr. Henderson holds a Ph.D. in Higher Education from the University of Georgia, and bachelor’s and master’s degrees in math education from Georgia State University. Dr. Henderson has received numerous awards for her work as an educator and administrator