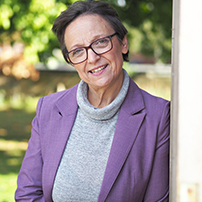 Today, Sue Curr is an International Award-Winning Speaker, Mindset Strategist & NLP Practitioner who comes from a professional background covering 15 years in the fields of education & social healthcare Enabling people to step up & into their best selves has become Sue’s abiding passion and she takes pride in the fact that she not only can but does consistently help others turn their lives around by ‘Empowering Them to Have the Courage To Be Who They Really Are’
With the notable exception of the birth of her children, Sue is proud to list her success in this area as one of her greatest achievements and has been quoted as saying, “In the work I do, there is no greater sense of fulfilment and pride than that of seeing someone morph before your eyes as they come to understand that they alone have the power to create the reality of their dreams.’’
In her own personal experience, Sue struggled for the larger part of her life with severe Mental Ill Health issues borne on the back of a difficult & traumatic relationship with an at times physically abusive mother. The chronic self-doubt, almost non-existent self-esteem, and crippling emotional baggage she endured as a result meant she often found it difficult to cope. Resulting poor lifestyle choices saw her spiral out of control descending ultimately into alcoholism, to the degree that she was ultimately faced with the very real possibility of not being around to witness the lives her children would come to carve out for themselves when she was told by her doctors that it was unlikely that she was going to survive due to liver failure, she subsequently found out that at the time of being admitted she was just 24 hours away from death! In that split-second Sue instantly decided that IF by some miracle she did survive then things would change …and quickly…for the better. Six weeks later much to everyone’s astonishment including her own she walked out of hospital on her own two feet to reclaim her life and begin fulfilling the promise she had made herself just a few short weeks earlier and to quote the song ‘’For the first time in forever’’ she was looking forward to a future she had come to believe she would never see.
Today, Sue who lives in the UK but works both nationally & internationally face to face both in person & via ZOOM with individuals & groups alike delivering her F.E.A.R.L.E.S.S Coaching Program. As standard Sue offers an initial complimentary ‘Discovery Call’’ for anyone considering working with her. You can book your complimentary session with Sue here >>> https://calendly.com/suecurr/fearlessdiscoverycall/
And find out how Sue helps people worldwide to overcome their negative self-limiting thoughts & belief patterns. Empowering them to take back control & reclaim the life that is theirs alone to live. She shows them how to be happy regardless of the situations encountered along life’s journey & firmly believes that for every negative there is without doubt a positive to counterbalance it. Whilst never losing sight of the fact that life is not a rehearsal and as such strives always to Live, Laugh & Love every day!
As a mindset strategist & NLP Practitioner, Sue also provides individually tailored personal coaching & group/corporate workshops & seminars during which she enables clients to reprogram the way they think. Sue’s aim is to motivate others to make healthy, positive choices both emotionally & mentally as well as physically & holistically. She regards her mission in life to be, to help you to make the necessary, long lasting & sustainable positive changes you seek & realize the reality of your dreams
Your challenge should you accept it is simply to let her show you how!