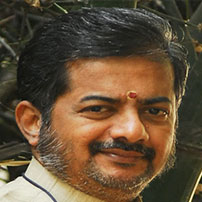 Perhaps it is his passion that has got him to accept offices in bodies like INDIAN HERITAGE HOTEL ASSOCIATION, ECO-TOURISM SOCIETY OF INDIA, UNESCO WORLD HERITAGE SITES etc., Steve Borgia is not only the country’s pioneer in rural tourism, but also so very graciously travels several thousand miles professing his knowledge, experience etc. in Europe and Asia. But his focus remains in rural India and is always creative centric. He not only inspires but helps people manifest their desires. Especially the youth. He makes it appear like magic. And most importantly makes finance a non issue.

Mr. Steve Borgia is currently the Chairman & Managing Director of INDeco Leisure Hotels. INDeco is “INDIA ECOLOGY”, a tourism company with National interest. And also the only Indian Hotel group to win the distinguished “Global Eco Tourism Award and Winners of Embassy Nomination for American Museum Partnership”.His pioneering rural tourism in India has been one of his most significant contributions to TOURISM AND DEVELOPMENT in India.

Steve Borgia wears several caps. But all through carries the INDOLOGIST one. Whether at the UN, Government of India, Press, Films, Hotels or the Corporate, he moves beyond competition, finding a unique position. His companies and concepts are people centric. Creating INDeco Hotels Swamimalai, INDeco Hotels Mahabalipuram and INDeco’s Lake Forest Hotel, India’s unique heritage hotel is a landmark. Later it being India’s only winner of the Global Eco Tourism Award is a testimony. Making these heritage hotels accommodate, fund & operate the Steve Borgia’s Indian Heritage Museum, is a Master Stroke born out of his acumen for Business and his concern for humanity at large. INDeco is currently in the process of creating two more heritage hotels, one in Chettinad and the other in Madurai, to complete the Tamilnadu heritage circuit. Highly committed to ecology and heritage, he holds office as VICE PRESIDENT in the INDIAN HERITAGE HOTELS ASSOCIATION . He is also a founder member and the current PRESIDENT of the ECOTOURISM SOCIETY OF INDIA.CHAIRMAN OF THE RURALTOURISM SOCIETY OF INDIA. He is also the MEMBER OF THE ADVISORY COMMITTEE TO THE WORLD HERITAGE MATTERS under the aegis of THE MINISTRY OF CULTURE.Each Hotel created by him has a value,a purpose and a message.The most accaliamed is INDeco Hotels Swamimalai.This rural hotels not only pioneered rural tourism in the country but alsi significantly took the percapita income in the region beyond expectation.
He is best known as the fire brand President & CEO of the then debt ridden Sterling Resorts, which he pulled from near grave. INDeco is also the winner of distinguished NATIONAL TOURISM AWARD for 2010.
Whatever he did & does, seem unique but always people centric. Today he is not only known for his business acumen but also for his leadership skills. The employees and the members of Sterling still swear by him. Beyond Sterling, his life and career have been extremely colorful.
He has authored several books and established several Museums.
‘The Hare & the Tortoise’ for young managers, is one of the books which made its mark, foreword by none less than Deepak Chopra, the International management Guru.
“PIGEONS TO POST” his coffee table book recording the evolution of Indian Postal History won him accolades across the globe. This coffee-table book was launched at INDIPEX 2011, a global meet of postal institutions in New Delhi, inaugurated by the President of India on 12th February 2011. Honorable Minister did the honors of releasing the book.
A born artist and a great lover of people and this country, especially the youth of India…
The Steve Borgia’s Indian Heritage Museum involves into Research, Restoration, Conservation and Propagation. The recently organized Museum Show titled, “The British Left Behind”, is a unique Concept of taking Museum to people. You can view our website at www.indecohotels.com . He is widely travelled and also travels extensively lecturing on subjects like SUSTAINABLE TOURISM, ECOLOGY, ARCHAEOLOGY and CREATIVE BUSINESS CONCEPTS.
He lives in Chennai with his wife Dr. Vidhya and daughters Chandini and Sahana.