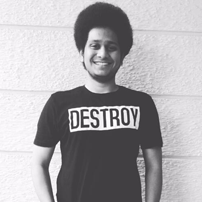 Mr. Sriram N.G. is currently pursuing a Masters degree at IIIT Bangalore in Digital Society. As a student of technology and society he analyzes the complex relations between the two and how both entities aren’t mutually exclusive. With one year and half years of experience at Infosys Bangalore as Senior Operations Executive, with a Computer Science graduation from SIES College, Mumbai, and a GNIIT program specialising in Software Engineering from NIIT India Ltd, Mumbai, he believes that technology has many facets, both positive and negative. He is convinced that it is never binary and that it has long surpassed being just a digital medium; it now embeds cultural, social, political and religious values, playing an significant role in shaping the present and future society.

He is currently engaged in a project for building an efficient and effective application framework to solve the problem of fake/real news detection and handling of misinformation. Simultaneously, he is interning at Tevel Cyber Corps Pvt Ltd, aiming to specialize in Cyber Security.

Sriram has a natural drive for leadership and entrepreneurship. He has been the student council leader and a member of various institutions since high school. His ;leadership abilities witnessed him leading a group of 500 students to plan and execute a national level collegiate cultural festival, SIESONS. He was also the Vice President of the Rotaract Club of S.I.E.S, where he continuously contributed to the students and the society.
With a firm belief that technology has the power to uplift all of humankind and the ability to weaken the same, he endeavours to use his interdisciplinary skills to contribute for a better tomorrow.