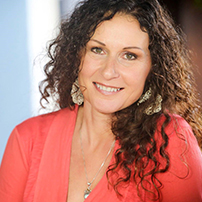 Spryte Loriano (from Ecuador), Executive Producer/Producer, of AwakeningGIANTS and CEO of Legacy Life Productions, is a founding member of the Association of Transformational Leaders, an international speaker and global humanitarian. In 2006 she launched FEED333, an online fundraising campaign, which fed 1.2 million children in the USA in 30 days. In 2007, she partnered with Feed the Children, Salvation Army and the NBA Players Association to launch the three largest multi-city food distributions in US history. Spryte then co-founded a multi-million dollar direct sales company where she directed $1.8 million in aid to NGO’s globally. This led to her developing and leading a unique form of “Adventure– Contribution” service trips for social entrepreneurs to witness the impact being made, transforming lives and businesses for over 1,300 participants and serving tens of thousands of families and educators with food, clean water, education, micro-lending, and empowerment in nine countries. In Liberia during the Ebola outbreak, she brought forward Success Mindset Training to hundreds of Teachers. In 2016, she co-founded The Waterbearers, inspiring 100 women who have access to clean water to get it to those who do not, which has to date gotten clean water access to over 800,000 people in 19 countries.