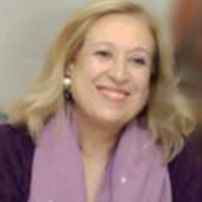 Since 1999, Dr. Bouraoui has been Executive Director of the Center of Arab Women for Training and Research (CAWTAR), a regional organisation established in 1993 and based in Tunisia. The mandate of CAWTAR is to promote the status and role of women in development in the Arab region.

Dr. Bouraoui has taught in her capacity as a professor of law in the Legal, Political and Social Studies Department at the University of Tunis, having obtained a doctoral degree in law in 1982. She was head of the Department of Civil Law & Criminal Sciences from 1987 to 1991. During that time she introduced the “Environment Diploma.” Her areas of expertise are criminal law, civil law, environmental law, human rights, gender justice and globalisation.

Dr. Bouraoui founded and directed for six years (1991-1997) the Tunisian Centre for Information, Documentation, Studies and Research on Women (CREDIF). She also took the role of Chairman of the Women’s Development Plan Committee for the Eighth Tunisian National Economic and Social Development Plan. Dr. Bouraoui is a founding member of the International Forum of Mediterranean Women (1992), which actively fosters dialogue between Arab women and Euro-Mediterranean women and promotes networking among different social groups as key to sustainable development.