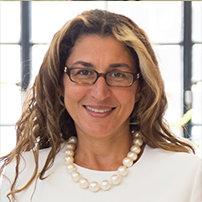 Sofia Fenichell is co-founder and CEO of Mrs Wordsmith. A serial entrepreneur, she founded Wonder Place Ltd, a company creating next generation video platforms. The company’s video apps were regularly featured by Apple and covered in the press, including in the New York Times and CNBC. Prior to Wonder PL, Sofia was an Executive Director and analyst for leading hedge funds and investment banks, including Morgan Stanley, Merrill Lynch and UBS. She began her career as a senior account executive at the advertising agency DDB Needham, working for five years on consumer accounts for General Mills and Pepsico. She has an MBA from Columbia Business School and a BA in History from Northwestern University.