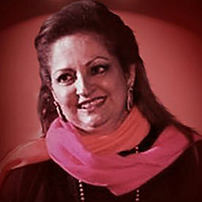 We are passionate about discovering music and poetry in all languages and genres in India, Bangladesh, Pakistan, Nepal, Sri Lanka and Afghanistan.

We celebrate our journey with over 2000 musicians we have interacted with who have contributed 1000 plus field recordings.
This is the story of about 200 wonderful artists who have been a part of our “Artist in Residence” program, they have stayed with us and have recorded in The Peninsula Studios. as on date we have a library of 31 music and music video albums. We mentor talent and love to see them excel.

The Peninsula Studio itself is a unique facility, maybe one of its kind. Here over 200 music aficionados can enjoy music being recorded and filmed for audio output and broadcast quality audio visual output. We specialise in creating branded content rooted in music.

“Nokia Music Theatre,”which took the Discovery of the Peninsula forward of folk music and has been broadcast on MTV.
“Maestros in Studio,”is the largest program done by us to curate,record and film the best of Indian Classical Music, our partners are HCL for whom we have created this branded property.

“Coke Studio Roots”a unique initiative to capture the best of folk music has been curated and produced by us for a multimedia release.

For “Brains Trust India,”we are creating a confederacy of great minds who will build bridges with knowledge.The British High Commission is a partner in this movement and speakers of eminence from India and the UK have participated in creating some great content.

The members of “Brains Trust,” present their ideas in an audiovisual capsule. A multi city tour to socialise the ideas through outreach programs is on the anvil.

In the music space we focus on curating folk, classical music and music in different languages in two of our programs Baithak

Our theatre production “Emperors of Melody,” pays tribute to the legendary music directors of films-SD Burman,OPNayyar and RD Burman will be released in 2019.

We enable our journey in a state of the art recording studio and performance space envisioned by one of India’s leading architects and music connoisseurs,Ratan J Batliboi.

We treat these properties as trustees of the brand. We are focused on strengthening the brand values and create affinity for the brand through a memorable experience

Our mission is to curate music from all parts of the subcontinent and present it to a wider audience across the world as we believe “music changes lives” for the better.

Co-founded in1991 Prime Time Theatre with Lillete Dubey and the endeavor was to create, good quality, relevant, up market theatre. Have acted in 103 plays and directed 43 .We will be celebrating 30 years of Prime Time Theatre in 2021
In 2007-set up Brand Theatre (self promoted), executing niche entertainment/ events for leading corporates in India-NIIT, ABN AMRO BANK, J&K Bank, J&K Tourism and LEONARDO OLIVE OIL to mention a few. Some of the theatre productions include customized hilarious comedies like “Feel Good,” and “Healthy, Wealthy and Vice” and serious themes on cancer like “The Heart of the Matter.”

Sita hosted “Zee Confidential” for Zee News and acted in the TV serial “Rajdhani” for Star Plus amongst other TV programs.

In the area of film , acted in “Shatranj Ke Khilari” directed by Satyajit Ray, an “An August Requiem” by Victor Banerjee , “Delhi Heights ” by A. Sharma. and recently in Muzzafar Ali’s “Janisaar.”