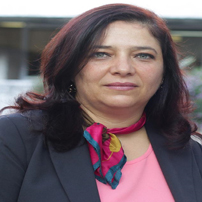 President of the College of Mexico

She is the first woman president of El Colegio de México (Colmex), the main university of research and teaching in social sciences and humanities in Mexico ”. This was announced by Brown University, focused on the migration phenomenon between Mexico and the United States, mainly from the perspective of Mexican citizens on education and family issues. He has also studied the demographic changes in Latin America in recent years. The researcher has collaborated with research centers at Stanford, Georgetown and Princeton universities in Mexican migration issues, she received the Horace Mann medal in 2018.