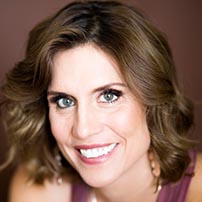 Siddiqi Ray is an internationally acclaimed photographer, inspirational speaker, and coach whose work merges intuition, creative vision and
pragmatic analysis to help people come into their own power, connect authentically and build trust through visibility.
Siddiqi has worked for over thirty years with entrepreneurs, Forbes 100 listed corporations and billionaires, world business and spiritual leaders, and major brands including Time Magazine, Macy’s, Target, the Associated Press and Mayo Clinic.
She has photographed His Holiness, the Dalai Lama, 15 times on three different continents. She has also photographed the Kennedy family,
Nelson Mandela, and the Navy SEALS in an underwater series.
Siddiqi has connected with hundreds of people through her Soul Portraits. By tapping into the intuitive power inherent in every human, she helps clients overcome fear to reveal their hidden power.
Guided by her personal experiences with eating disorders, addiction, and depression, Siddiqi is on a profound journey of service to others. “Out of the big mess of my life, I’ve learned how to be of service to people when they are suffering,” she says. “I know what it means to struggle, but I also know what it means to thrive.”
Giving back is her passion. Siddiqi has lived with Buddhist nuns in India and donates a portion of each Soul Portrait to the Tibetan Nuns. She is also the co-founder of the Karma Yoga Project, a non-profit organization that raises money for charities.
Often described as a rockstar, Siddiqi utilizes her sharp wit, modern wisdom and real-world experience to reveal how we can harness infinite
power, possibility and peace.