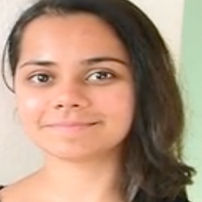 Having moved to the U.K in 2013 to pursue an MSc in International Marketing, the opportunities that I have been given over the past 5 years have shaped me as an individual. They have also allowed me to find my calling: empowering women, youth and minority communities in the UK, using the power of tech as a force for good.

After graduating I worked as a junior consultant at Onepoint Consulting in London, helping companies be at the forefront of digital transformation. I worked with heads of departments in organisations like Network Rail, which developed my problem solving skills.

Seeing the gender imbalance in this sector, led me to undertake outreach initiatives like free public tech lectures where I invited female scientists/ technologists to talk about their research. My work saw me win Business Launchpad Female Entrepreneur of the year by Dr.Rosena Alin MP. When I was named a UN Empower Women champion, I made a documentary to showcase women in tech as role models.

I also made a documentary on young change makers in the UK, one of the interviewees was an 11 year old programmer, he won the Princess Diana Award, gaining mentoring from tech organizations, after being recognised during the film screening and I got connected with the founder of https://eraseallkittens.com who developed a game teaching coding to school children. Due to our closely aligned missions, I joined the team as the Head of Partnerships in November 2017. Helping the game grow to over 130,000 users worldwide and distributed it across 140 schools and libraries in the UK. Responsible for marketing, distributing licenses, fundraising and creating partnerships with global organizations. Aiming to inspire digitally skilled workforce of the future and showcase British innovation globally.

My work resulted in Tencent expressing an interest to roll out the game in China. I helped secure £120,000 of funding from the Islamic Development Bank Transform Fund, Softwire and kickstarter combined, to continue the development of the game and make it accessible to underserved communities in the UK and around other parts of the world via partnerships I worked on with UNICEF Bosnia, Girl Scouts NYC and others, winning the best EMEA startup award from Steve Wozniak and Sir Richard Branson.

As the Head of Partnerships and my outreach work I was featured on the Forbes Asia 30 under 30 and Financial Times Top 100 Black and Ethnic Minority people in Tech lists. With these honours, I aim to continue making tech more inclusive. My Journey so far

I was invited to be part of the Founders of the Future Network (FF) co-founded by Brent Hoberman. Some of the contribution I have made in the UK digital community includes, curating Mozilla Foundation festival’s youth zone in London, giving young people a platform to immerse in the word of digital via hands on workshops. I also mentor UK digital startups that go to European Youth Award, making sure UK continues having a presence on international platforms. The Basic Digital Skills UK 2017 report states at least 3% of those aged 15-24 are digitally excluded, continuing my passion of empowering young people, UK Youth invited me to advise youth workers leading their Nominet Trust funded Digital Hubs. I engaged on a panel discussion with the Deputy Prime Minister of Belgium and moderated a session with the President of Google.org giving examples of how the UK is addressing gender imbalance in the digital sector at the European Development Days. I have always questioned my privileges growing up in India being surrounded by, but never being in poverty myself, I have started living by this motto “ Your mission in life is to find the intersection between your heart’s gladness and the world’s hunger- Fredrick Buechner”

In a world where mainstream media glamourises the likes of Warren Buffet, Bill Gates, Steve Jobs who more than half the world’s population can’t relate to, it is now more important than ever to to create platforms to bring different communities together, create dialogue on empowerment, role models and isolation issues and enlighten them on various science and tech skills giving a voice for them to be heard. Meaningful impact to me comes from presenting quality education opportunities for the future generations. Creating a better world for our children and creating better children for our world. Below I am going to highlight some of the projects I have developed towards my vision and what my other vision is that Toptal Scholarship will help me accomplish, growing up I never believed much in myself, over the years as I have gone on to work on the projects listed below.

I have come to realize that there is a lot of good in this world, a lot of supporters who are willing to help and that we can all make this world a better place, I have been working on various initiatives and hoping all these will align towards me being able to build an education centre for homeless kids in Mumbai and give them access to free world class education.

I believe that the way to achieve your own success is to be willing to help somebody else get it first. 3650 days of volunteering since the age of 10, I have touched 200,000 people along the way by volunteering on various projects to empower youth and women, give them a platform to be heard, be politically active and create new role models to inspire women and youth in the UK working on creating platforms that address social issues, challenge opinions and impart skills empowering them for a constantly changing society.