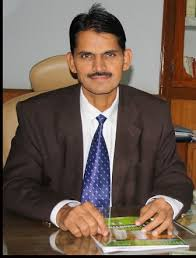 The saga of Bharat Lal Meena an IAS officer of Karnataka cadre, is one of commitment and determination to see each impoverished constituent of India fully empowered to realise one’s fullest potentials. He has worked in administrative services for more than two decades churning out one innovation after another, consecutively. After having served in districts, he is now reforming public utilities and reaching out reprieve to his core constituency – the people.
Sea changes are taking place in the Karnataka power sector today. Changes of this magnitude cannot take place and become a success without sound leadership and discipline. Such prolific transformation needs leaders with visionary thinking and the ability to manage the change to inspire employees at all levels to work towards the common goal of making the power reforms a success. One such man who is a blessing to Karnataka’s power sector is Bharat Lal Meena, the Managing Director of Karnataka Power Transmission Corporation Ltd and Chairman of all ESCOMS (Power distribution companies in the state).
He chose the path of bringing about positive changes in Administration for Common men were taking administration to people at their doorsteps was the underlying task. A task he has found great success in achieving. Being a man who always put himself in the shoes of common man and target people for whom the policies are there and decisions are to be taken, has helped his decisions remain close to the ground realities.
Hailing from a tiny village, Sundari located in Sawai Madhopur in Rajasthan, the tale of Bharat Lal Meena, an IAS officer is the stuff textbooks are made of.

After finishing his schooling in his home town, Meena went on to do his post-graduation in political science from Rajasthan University.

He got another masters in rural development from University of East Anglia in England. He began as a clerk in the Reserve Bank of India in 1980 and four years later passed the civil services exam.

When he was posted at Karnataka, his first task was to learn the Kannada language so that he could understand his work area better. Meena has worked in different districts in Karnataka and has spent 14 years as deputy commissioner of Mangalore. In 1999, he came up with a mission called ‘Apna Desh’, a self-help movement, which encouraged people to take up leadership roles in their villages, becoming their own best motivators.

Speaking about ‘Apna Desh’, Meena had once said, “If the onus to keep a place clean or save energy is upon locals, then people take would pride in themselves as they are the key stakeholders. They would also tend to be less critical of the government in such a situation.” He did introduce ‘Apna Desh’ formula wherever he served, including in Belgaum, Uttara Kannada, Karwar and Shimoga districts.

When Meena was in charge commissioner of BBMP for a brief period (43 days in January-February, 2009 when Subramanya was on leave), he had suspended two engineers for inefficiency, putting on alert the entire officialdom of the city civic body.