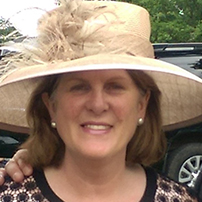 Sheila is an effective and successful charity and not-for-profit professional with a history of achievement at senior level, both in executive and non-executive roles. She is a strategist and planner but is also a seasoned relationship builder and diplomat as well as a fervent fundraiser. Well networked both nationally and internationally, she uses her skills to help organisations achieve lasting results.
Almost all her career has been spent in the charity sector with charities operating in a variety of fields including leading cancer charity Macmillan Cancer Relief, maritime welfare organisation Stella Maris and completing her corporate career as CEO of The Ireland Fund of Great Britain. She has grown the profiles and incomes of all the charities she has worked with and made a difference to some of the most marginalised in society.
In 2015 she set up her own consultancy where she now works with a variety of clients providing governance, fundraising and event planning services. Among those clients are PEN International – an NGO promoting literature, defending freedom of expression and protecting writers at risk; the State University of Arizona where she provided event planning for their London alumni and Priors Court School – a world renowned facility for the treatment and care of profoundly autistic children.
Driven by a desire to make the world a better place for all, she has used all her expertise to assit charities and organisation maximize their potential, deliver their objectives and grow their income to deliver social benefit.
Outside her professional work, she has held several prominent public positions including Honorary Commander of Royal Air Force Mildenhall – a United States Air Force in Europe base in the UK; Chairman of the Royal Aero Club of the United Kingdom Awards Committee and was awarded the Tissandier Award for services to sport aviation; Council member of the Racehorse Owners Association and is a British Horseracing Authority steward; and a Liveryman of the Worshipful Company of Farriers which is one of the great trade guilds of the City of London.
She was awarded the Freedom of the City of London for her services to the Irish community in London and was named one of the 1000 most influential Irish women by Tatler magazine.
In her leisure time she breeds racehorses and flies a 1939 deHavilland Tiger Moth with her husband.