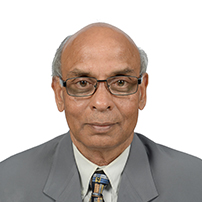 Dr Sheel Nuna is Director, South Asia for the Queensland University of Technology, Australia since 2007 and his key role is to develop research partnership for the University in South Asian region.
He began his career in 1982 at the National Institute of Educational Planning and Administration (NIEPA). He was the member of the drafting committee of the National Policy on Education 1986 and its Review in 1992.
As member of the CABE Committee on decentralised planning, he played a key role in propagating decentralisation of educational planning and management.
In 1997, he joined the Australian High Commission in New Delhi. He played a key role in positioning Australian education and research in India and in recognition of this contribution he was awarded the Australia Day Achievement Medallion in 2005.
Dr Nuna has published extensively on interface of education and gender with development. He has 10 books to his credit. He has been consultant to World Health Organisation, UNESCO, UNICEF, Ford Foundation and Adenauer Foundation.

He was visiting faculty at Jawaharlal Nehru University, New Delhi during 1982-1993.